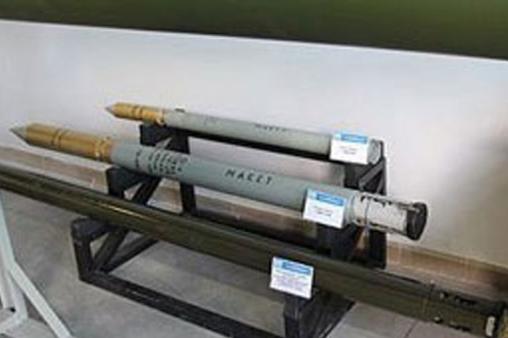 The Design and Technological Department of the Precision Electromechanics Factory Republican Production Unitary Enterprise (RPUE) has completed two development projects (R&D) on the creation of air target simulators for anti-aircraft guided missiles (SAM) with an optical homing seeker (based on the Grad 122-mm rocket), as well as for SAM with an optical homing seeker (based on an 80-mm unguided aircraft missile). This became known after state tests, held at the end of May 2020 at the 174th training ground of the Air Force and Air Defence. 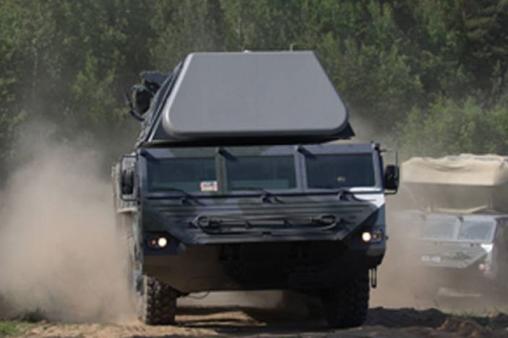 Minsk Wheel Tractor Plant is working to create a new model of military-technical vehicles — a special MZKT-692251 chassis, which is intended as the transport platform of the combat station of the wheeled version of the BUK-MB3K surface-to-air missile (SAM).
The new product will be all-wheel drive, have a 6 x 6 wheel arrangement with steered wheels of the first axis. The chassis load capacity determined by the mass of the mounted equipment will be 7 tonnes. 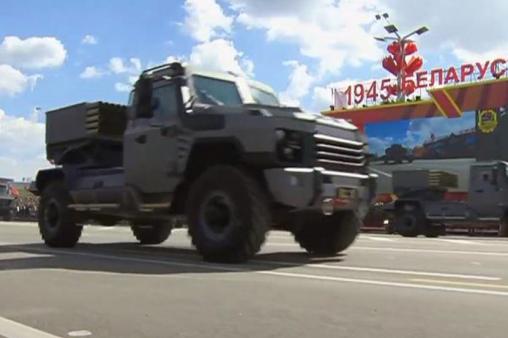 Small-range multiple-launch rocket systems (MLRS) Fleita and Vistl were demonstrated for the first time before the public during the army parade in Minsk on 9 May.
The parade unit of the State Military Industrial Committee of Belarus featured cutting-edge weapon systems and military hardware. The small-range multiple-launch rocket systems Fleita and Vistl were among them. 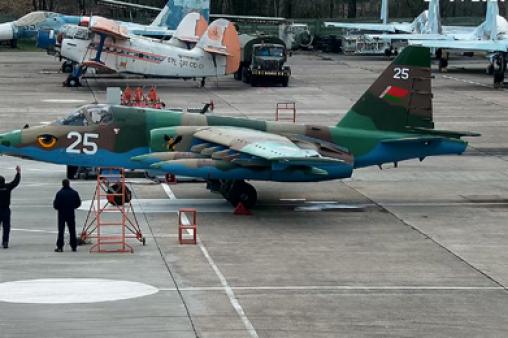 A ceremony to hand over the fourth aircraft Su-25 repaired by OAO 558 Aircraft Repair Plant to the Belarusia Air Force took place in the Baranovichi airfield on 24 April.
The ceremony was the final step in executing the contract on overhauling four Su-25 aircraft for the Belarusian army. These aircraft had been overhauled ahead of the schedule specified by the contract. 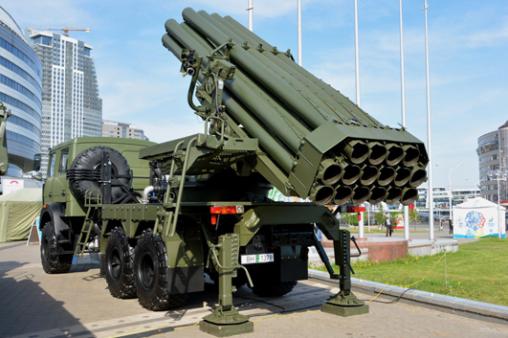 By efforts of OJSC “VOLATAVTO” the combat and transport-loading vehicles of the “Hurricane-M” multiple launch rocket system (MLRS) were modernized. New products with firing range of up to 36 km, which successfully passed firing tests in 2019, are made on the basis of the MAZ-631705 high cross-country chassis with 6x6 wheel arrangement, are equipped with modern means of navigation, communication and guidance process automation of the Belarusian production. 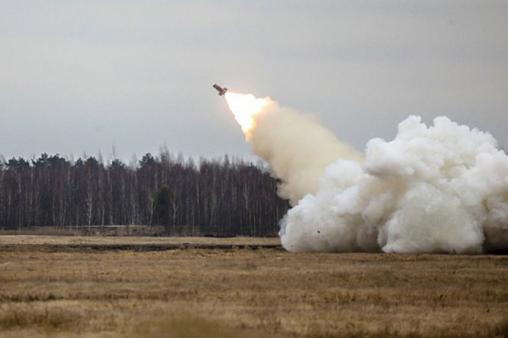 At the former air force exercise area Polessky, flight tests of the domestic guided surfaceto-air missile prototypes of the Buk-MB2 were carried out successfully. 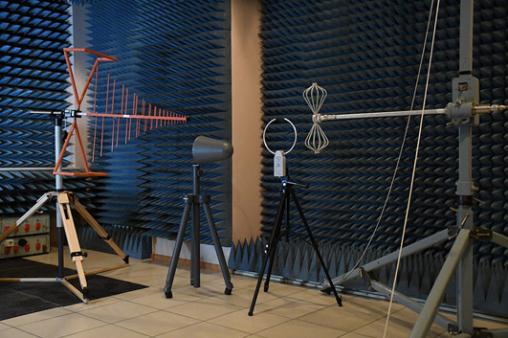 In March 2020, the special research laboratory of Display Design Office under the agreement with the Republican Unitary Enterprise Belarusian State Centre for Accreditation (BSCA) was granted the right to use the combined ILAC MRA mark of an accredited body in accordance with the scope of accreditation. This is evidence of its high competence and compliance with international requirements. 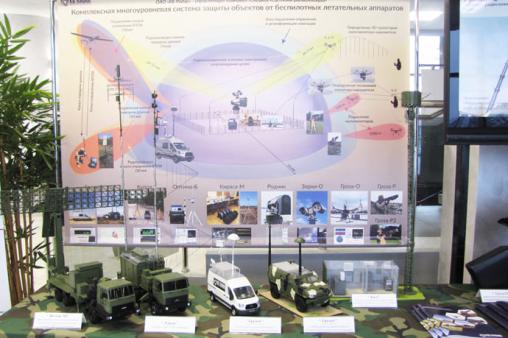 According to the Frost & Sullivan analytical company, the volume of the global market of technologies to neutralize drones may reach 2 billion US dollars by 2024. Grand View Research analysts warn that the average annual growth rate of the market until 2024 is expected to reach 24%, which is due to increased violations and unauthorized access of drones to closed air spaces and restricted areas. 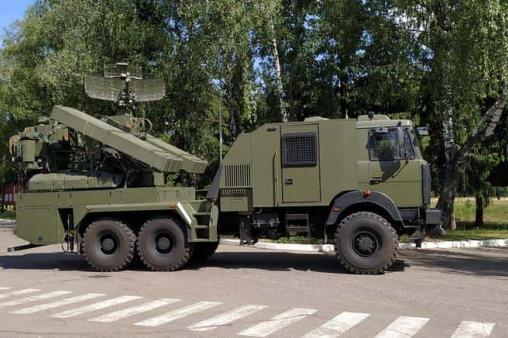 9A33-B “Osa” anti-aircraft missile system
The modernization of the time-honored “Osa”, adopted into service in the seventies, in Belarus began in 2012. This was done by “2566 Radioelectronic Armament Repair Plant”. In April 2019, the system was tested in the Brest region. 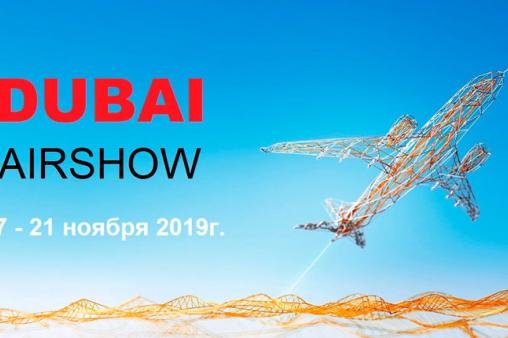 At the Dubai Airshow-2019 exhibition, Belarus presented a range of UAVs of small and medium classes and of aircraft and helicopter types and effective means of counteracting the use of drones

On November 17, the Dubai Airshow opened in Dubai (United Arab Emirates), which is one of the largest international exhibitions in the aviation and aerospace industry and is one of the top 5 largest aerospace showrooms in the world.
In 2019, the exhibition was held for the 16th time. The organizers announce about 1300 exhibitors from more than 60 countries and 87000 aerospace industry specialists planning to participate in and attend the exhibition. 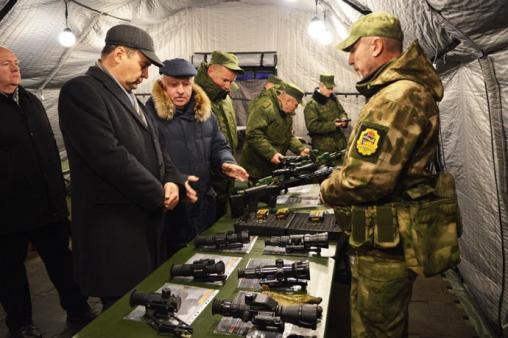 On October 30, 2019, at the airfield of military base 06752 of the Air Force and Air Defense Forces, as part of the operational gathering of the command staff of the Armed Forces, the demonstration of weapons, military and special equipment was held. Roman Golovchenko, Chairman of the State Authority for Military Industry, took part in its work. 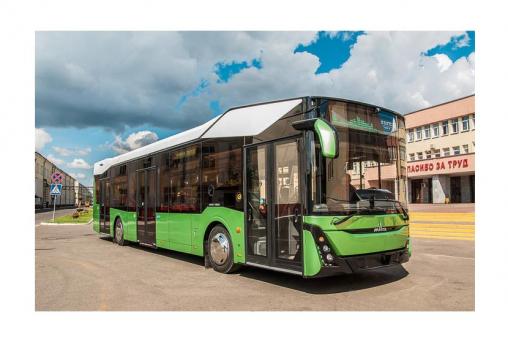 The first model of the third generation was the low-floor MAZ-303. In “face forward” it looks like a “long distance bus”, and from above you can see a picturesque “hump”, in which the silhouette of the bison is easily guessed. From the predecessors, a curved window sill line was retained, preserving the “generational connection”. The frame is made of stainless steel. The area of glazing was increased, and the information panel in front became colored.
Below you can find information, which is known about the performance characteristics and the "stuffing" of the new bus: 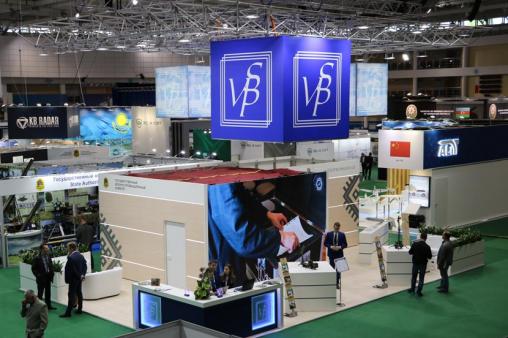 In the historical and cultural complex "Stalin's Line" the official opening of the IX International Exhibition MILEX-2019 took place. As in previous years, organizers from the State Authority for Military Industry of the Republic of Belarus, the Ministry of Defense of the Republic of Belarus and the BelExpo National Exhibition Center prepared a spectacular and dynamic and at the same time representative show for the forum guests. 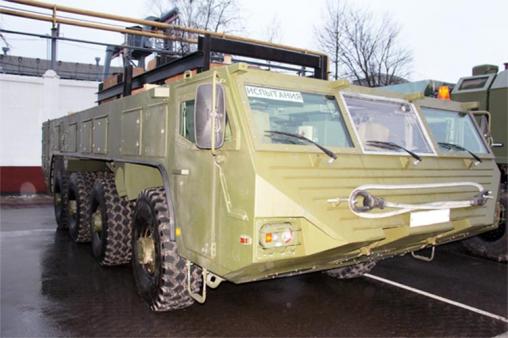 Companies, which are subordinate to the State Authority for Military Industry, are developing and Minsk Wheel Tractor Plant JSC manufactured the MZKT-692250 Example special wheeled chassis, which completed test runs during preliminary trials at the plant’s research centre. Then the chassis was handed over to OKB TSP SPLLC, where the relevant equipment was mounted on it. The MZKT-692250 chassis will undergo acceptance tests together with the Buk-MB’s systems during the trials of this SAM. 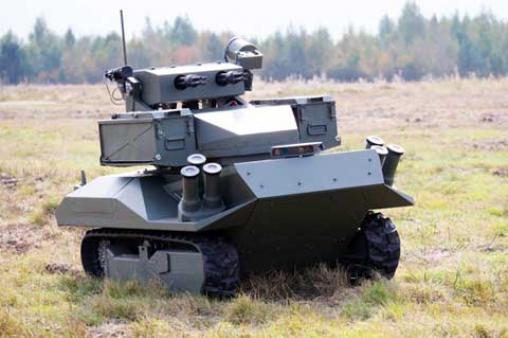 BSVT – New Technologies LLC announced that they developed a new and promising product – the Berserk unmanned ground vehicle (UGV) in 2018 when on 3rd, July during the parade of Minsk garrison in commemoration of the Independence Day of the Republic of Belarus it was demonstrated its prototype to wide public. 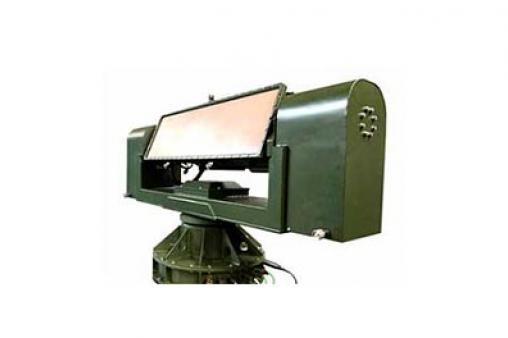